View and update your droplet version

Written by Nick Smith
Updated over a week ago

Droplets are at the heart of Cloud Maker, with each droplet representing one or more cloud resources. As cloud providers such as Microsoft Azure update their services, so too does Cloud Maker.

However, being able to manage the update cadence of your cloud designs is critical. That's why we never automatically update droplets already dropped on to a blueprint. Instead, we allow you to select a droplet update you want to apply so that you can carefully manage any change.

You can upgrade droplets by using the Droplet Version node on the properties tree. 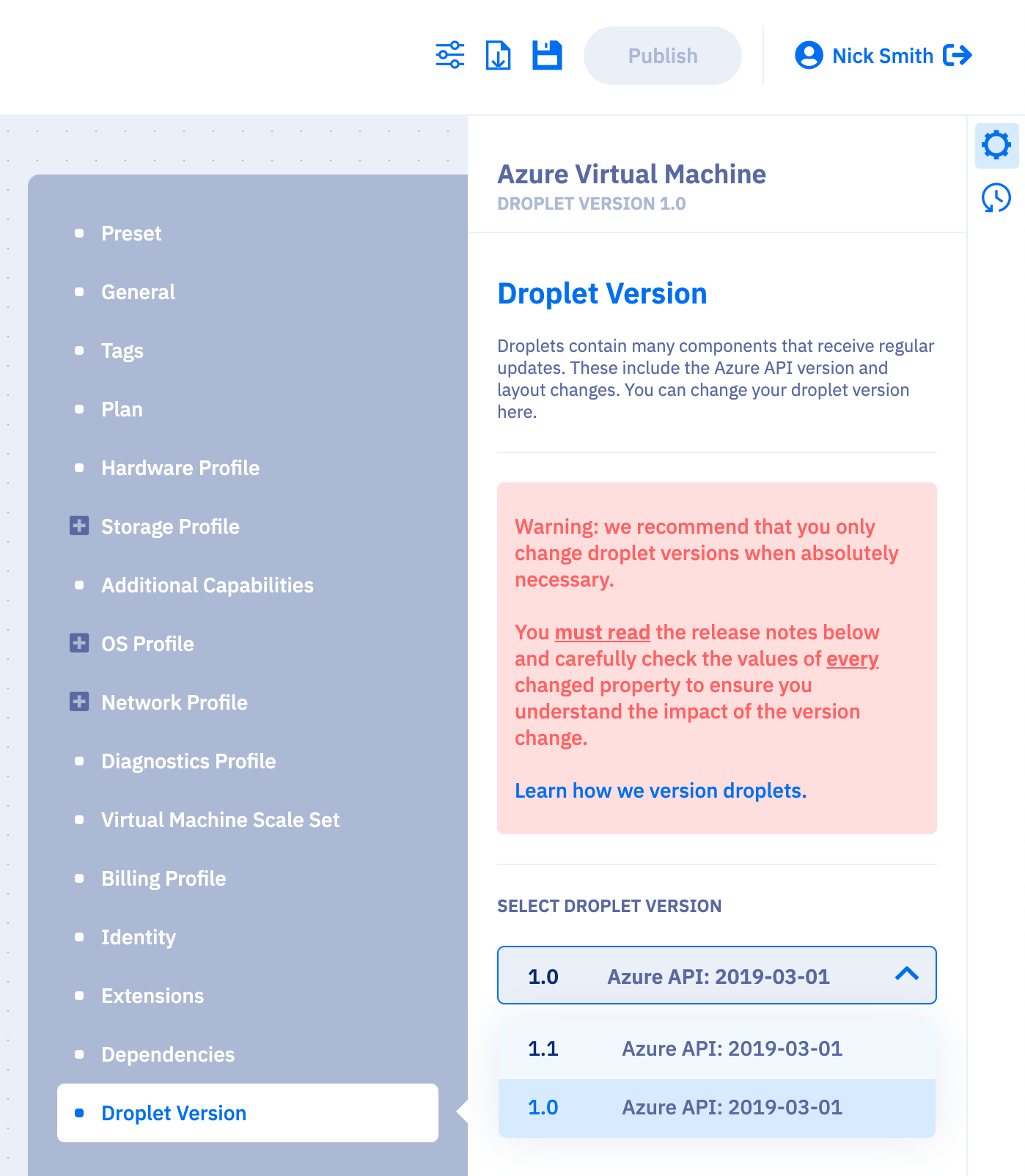 It is best practice to only update droplets when absolutely necessary, such as needing to access new properties only available in the new version. There is no requirement to always be on the latest version of a droplet.

You can find the droplet version of a droplet at the top of the tree view property panel under the droplet name.

Each droplet has a version number and this number describes the impact of the update compared to the previous version of the droplet. This number follows the following format:

The major number indicates major changes. Major changes have significant impact on the functionality of a droplet. They include changes known to be breaking or changes in functionality that should lead the user to exercise the most caution when updating.

We strongly recommend that you exercise great caution when updating major versions of droplets and ensure that you test any changes to reduce the risk of breaking your cloud solution.

Examples of Major changes are:

Minor changes are non-breaking changes that have lower impact on the functionality of a droplet.

Whilst minor changes have lower impact we strongly recommend that you test any updates you make to your droplets.

Examples of Minor changes are:

Droplet versioning in an existing blueprint

If you open an existing blueprint, all droplets already dropped on to the drawing surface will not be automatically updated to the latest droplet version. Instead you will need to update these droplets manually using the Droplet Version node on the properties panel.

New droplets on the left droplets panel are automatically and continuously updated to the latest version. If you drag and drop a droplet from the droplet panel on to the drawing surface, this droplet may have a different droplet version to other droplets of the same type already placed on the drawing surface.

Did this answer your question?